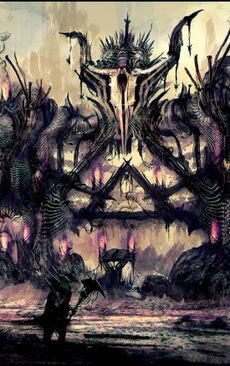 Nameless Curse is a rare

Nameless Curse can be earned through chests, through some quests and rewards or directly purchased for 75,000

Nameless Curse's ability is Toxin which deals 80 ability damage per second to a target Enemy for 14 seconds.

This damage cannot kill the unit.

Retrieved from "https://paragon.fandom.com/wiki/Nameless_Curse?oldid=23757"
Community content is available under CC-BY-SA unless otherwise noted.