The mechanics of Paragon describe the inner workings of the game. These elements are not required to play or even play well, but they will improve a player's understanding of the game and provide them with more streamlined play. This article and the articles it links to describe more intricate elements of Paragon and are written for new and experienced players alike.

Paragon is running on Unreal Engine 4.

Paragon supports a matchmaking system and allows for large numbers of spectators at any given game.

Heroes are unique units within Paragon that the player controls. At the start of each game, players are split into two teams of five. Players then select a single hero from the hero pool. Every player controls his or her own hero.

Heroes gain experience when enemy units are killed nearby. They start the game at level one and level up as they earn experience. Gaining a level increases a hero's base stats and allow him or her to spend a skill point on learning new abilities or providing additional statistics, with the possibility of additional effects. For most heroes, at level 5 an ultimate ability is unlocked.

Heroes gain abilities that provide various effects. Abilities range from simple passive bonuses to powerful, devastating explosions. All heroes have four or more active or passive abilities; one of those abilities is their ultimate. Every time a hero levels up, they earn a point that they can place into leveling up available abilities.

When an active ability is used, it usually consumes mana and is then placed on cooldown. An active ability cannot be used if a hero does not have enough mana to cast it, is still on cooldown, or if the hero is under the effect of an appropriate disabling effect. Not all abilities, however, consume mana or possess a cooldown timer. Mana will regenerate over time, and its rate of regeneration can be increased with Mana Regen or some cards. While a spell is on cooldown, it cannot be used for a given duration. Cooldown can be reduced with Cooldown Reduction.

Passive abilities, on the other hand, do not require activation to use; they will be used automatically. Most do not have a cooldown or a mana cost; they operate constantly in the background.

To level up, heroes must earn experience. When a unit dies in Paragon, it grants an amount of experience based on its level to all hostile heroes in a radius. Experience is split among all heroes in range and the killing hero.

Armor is an attribute shared by all units. It reduces the amount of basic or ability damage taken by a unit or hero. Armor increases with each level and through certain abilities and cards.

The type of damage that an attack uses depends on the form of attack. All normal attacks deal Basic Damage, while abilities and status effects, such as burning and poison, cause Ability Damage, When receiving damage from an enemy, an indicator will pop up on the HUD that's either red for Basic Damage or Purple for Ability Damage.

Having a variety of Damage sources on a team can greatly improve its damage output. Since Armor is either Basic or Ability, it will only mitigates one type of damage. For a unit to be highly resistant to both types of damage, one must build armor for both types, which can be a time-consuming and expensive process.

Attack speed is the rate at which a unit attacks, and is determined by its base attack time and increased attack speed.

Last-hitting is a technique where you (or a unit under your control) get the 'last hit' on a neutral minion, enemy lane minion, or enemy hero. The hero that deals the killing blow gains an increased amount of Gold. A reduced amount of Gold is shared among other friendly nearby heroes.

Structures are special units in the game. There are several types of structures.

The Spawn Pad is where both teams spawn. Unlike other structures, The Spawn Pad can not be destroyed. While on the Spawn Pad, player heroes are able to spend amber to buy cards while recovering mana and health. Recalling, a teleport ability each hero has, brings heroes back to the Spawn Pad.

Cores are powerful structures. The goal of each game is to destroy the enemy's Core. If they are under attack by enemy heroes or minions, they emit a powerful shock wave around them every few seconds that deals damage to all units near the Core.

The Core spreads its damage over all enemies, meaning the fewer units in its range, the more damage it will deal to anyone caught in its blast.

Towers are stationary, defensive structures that guard the lanes and cores of each team. They lock on a single enemy and fire high damage projectiles. They possess significant health and armour. They provide large amounts of gold (CXP in legacy) when destroyed by the opposing team. Both factions have two towers in each lane, with increasing amounts of armour the closer they are to the core. To attack towers further in the lane, the outermost ones must be destroyed first. Both towers must be destroyed before damage can be done to the Inhibitor. Towers have a shield that surrounds their cores. Minions drop this shield when they are near the tower; they do not have to be in range of the tower itself.

Once a tower is destroyed, it cannot be respawned.

Inhibitors are structures inside each team's base and function similar to Towers. When an Inhibitor is destroyed, the opposing team will start creating Super Minions, which have more health and damage and grant less xp/gold/cxp when killed. This means the destruction of the opposing inhibitor ensures that minions continue to push a lane without the intervention of heroes. 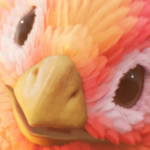 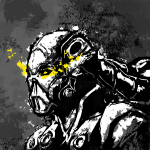