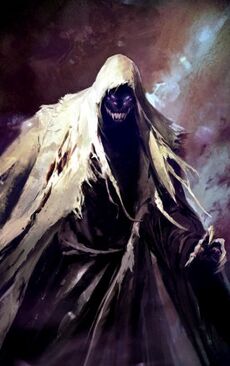 Grinning Spectre is an epic

13 Intellect, for a total of

Grinning Spectre can be earned through chests, through some quests and rewards or directly purchased for 150,000

Grinning Spectre's ability is Creeping Death which lets you target an enemy hero, launching a slow moving projectile that deals 350 True Damage and executes him if this brings enemy below 20% Maximum Health.

Retrieved from "https://paragon.fandom.com/wiki/Grinning_Spectre?oldid=23756"
Community content is available under CC-BY-SA unless otherwise noted.